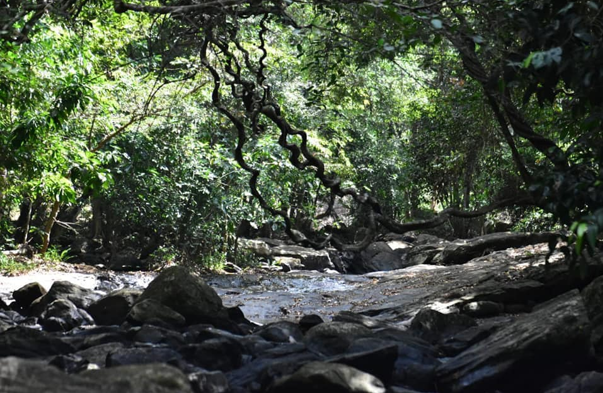 Possessing a written history of two thousand five hundred years and another thousands years of prehistoric evidence, Sri Lanka has marked its place in the world map with its rich historic and cultural heritage. Sri Lanka Customs has taken the responsibility of protecting this legacy seriously, and is actively engaged in preventing the illegal disposal of portable artefacts of Sri Lankan heritage along with preventing the smuggling of wild life.

During the process of customs reformation, in 2010, Biodiversity Protection Unit was reformed and renamed as Biodiversity, Cultural and National Heritage Protection (BCNP) Division and was placed within Social Protection Directorate. Hence the scope of the bio diversity unit was enhanced in order to accommodate Cultural and national heritage protection also.

Mission
Enforce the law in order to protect Biodiversity, Cultural & National heritage and ensure due revenue while facilitating the trade.

Destruction of Blood Ivory forfeited by Sri Lanka Customs at Galle Face Green
Sri Lanka Customs publicly destroyed (crushed) 359 tusks of ivory weighing about 1.5 tonnes at the Galle Face Green on 26thJanuary 2016, at an event attended by Wildlife Conservation Minister Mr.GaminiJayawickramaPerera and Mr.John Scanlon, Secretary General of the Convention on International Trade in Endangered Species (CITES).The ivory was crushed first, and was incinerated at Holcim Factory in Puttalam on 27th January 2016, in the presence of Customs Officials. These tusks were confiscated by Sri Lankan Customs officials on May 2012 while it was in transit to Dubai from the Kenyan port of Mombasa, falsely labelled as storing plastic waste.
Sri Lanka is the first South Asian nation to publicly destroy ivory obtained through elephant poaching. This showed the world, Sri Lanka’s commitment to curb the illegal international trade of wild fauna and flora, and zero tolerance policy on blood ivory; sending the right message to illegal fauna and flora racketeers.

E-waste Management week at Customs Head Office
As a part of continuous environment protection and conservation programs conducted earlier, an e-waste collecting program was organized at the headquarters premises by BCNP branch, during the period of 21.11.2016 to 20.12.2016. During that period, collecting bins were placed near the lifts at the ground floor and basement floor and the customs officers were made aware via notices, brochures and public announcements. Collected e-waste was sent for Recycling.

Disposing of forfeited bird nests and other biodiversity articles at Madampitiya Cemetery
Sri Lanka Customs publicly disposed forfeited bird nests, peacock feathers and other biodiversity related goods by burning and destroying at Madampitiya Cemetery premises, Colombo 15, in the presence of Director General of Customs and other Customs officials on 18.10.2016. The purpose of this event was to draw attention of general public and to point out that the wanton destruction of our natural resources is an unpardonable offence.
In addition to that Sri Lanka Customs disposed some other forfeited goods (sea shells, swords, guns etc.) in the presence of Customs officials on 17.11.2016.

Participation at Jewels 2016 exhibition
Biodiversity, Cultural and National Heritage Protection Branch of Sri LankaCustoms attended “Jewels 2016” Gem and Jewellery exhibition from 16.12.2017 – 18.12.2016 at BMICH Committee lounge. There, Sri Lanka Customs held a stall exhibiting samples of forfeited bio diversity related articles in order to aware general public and travellers that the Smuggling of these natural resources out of the country is an unpardonable offence and to prevent the commission of such environment crimes before it is occurred.

Brochures by the BCNP:

Activities of Biodiversity Protection Unit has causes to draw some Awards to Sri Lanka Customs:

Due to the performance on the subject matter, some officers of BCNP have been awarded as follows:

The performances of BCNP & BPTF has been appreciated by various institutions such as:

You will be redirected to the Biodiversity Protection Detections...

Attempt to Smuggle Wallapatta and Sandalwood